At the Birmingham and District Chess League AGM, held at the South Birmingham club on 11 June 2009, various trophies were awarded to clubs and individuals who had triumphed in the season just ended.

After a long period of 'trophy drout' some of Mutual's teams and individuals were quite clearly proud to have rediscovered their winning ways.

Presentation of all the trophies was made by the President, Brian Whitehouse. In the background is Keith Ingram, assistant to the Hon Gen Secretary and responsible for trophies. 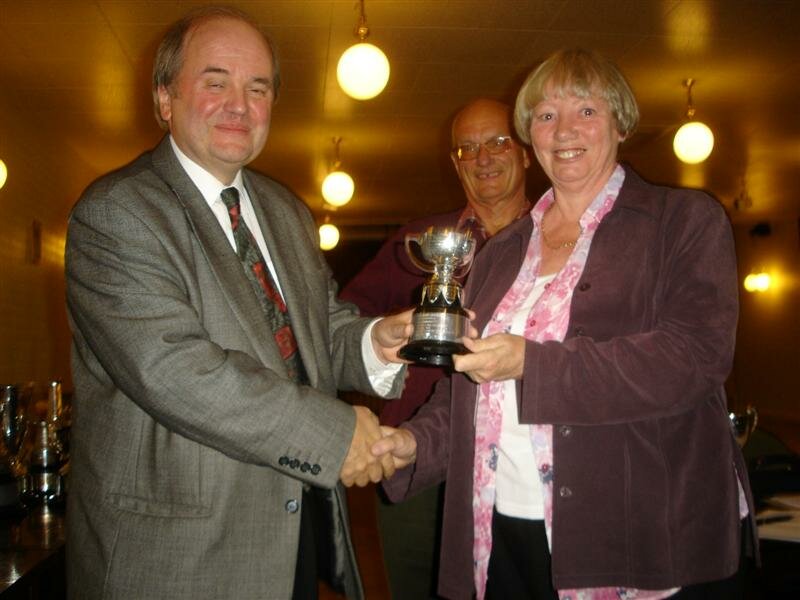 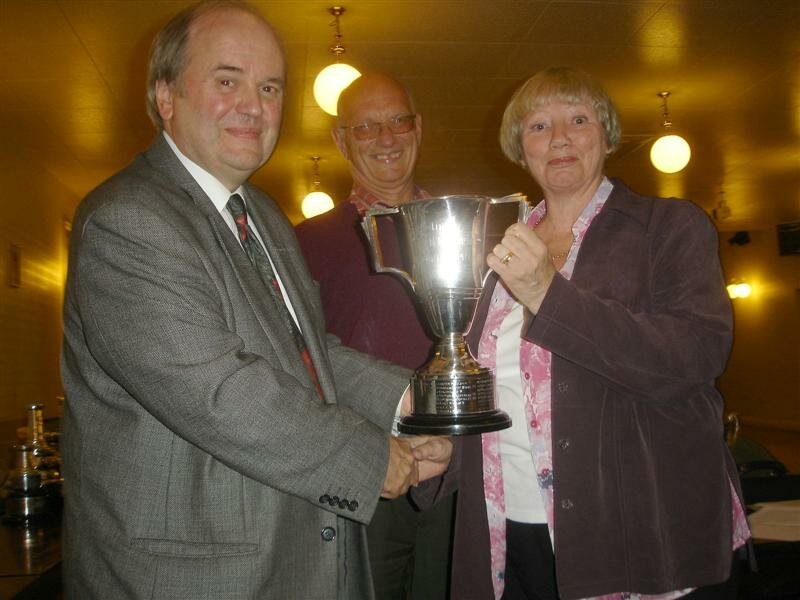 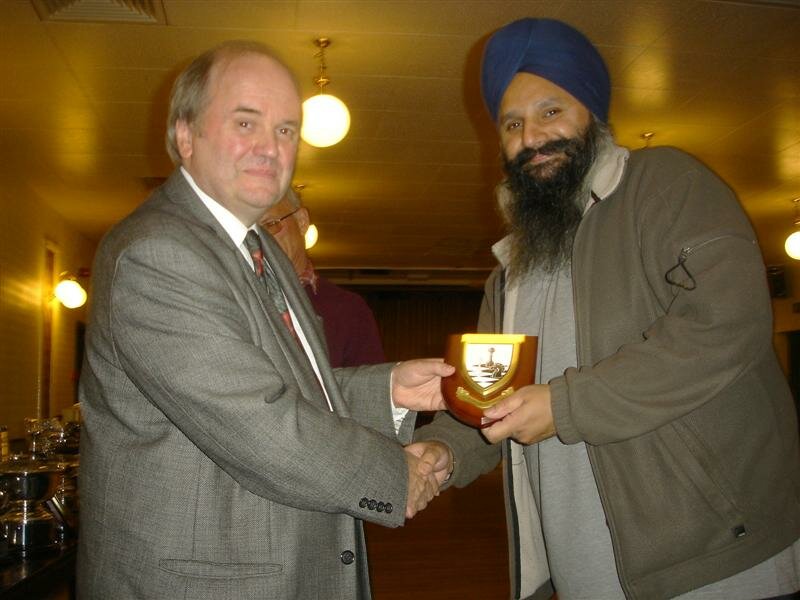 Satnam Singh takes the Award for Division 4 Individual Runner up 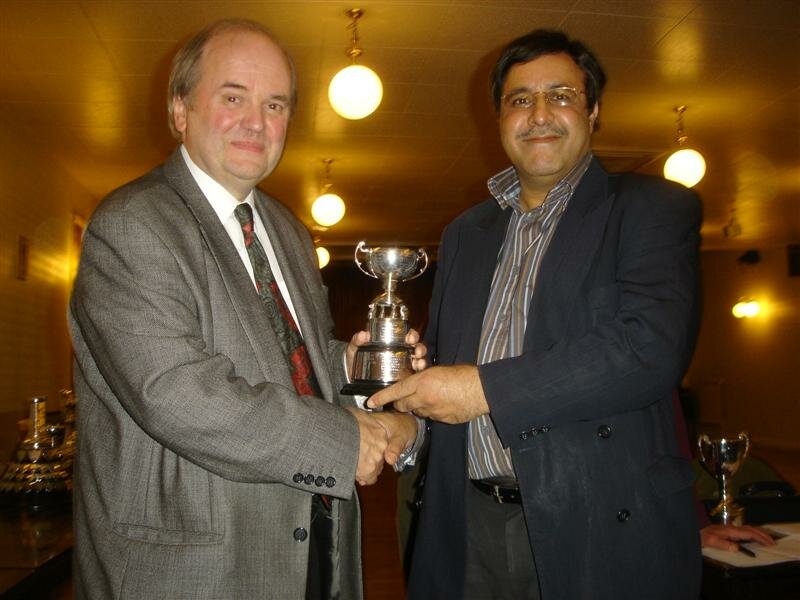 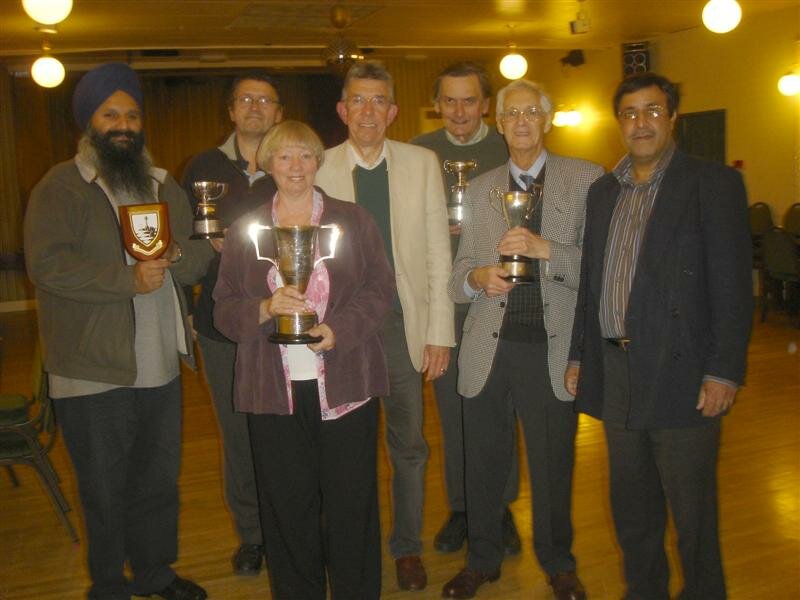 Celebrating a Season of Success!

Back to Mutual Chess Circle Homepage.